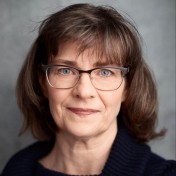 Scientist turned mad artist, Carson Walker is a freelance writer and actor. By day she is a government worker; an actor by night. In her office, she is known as the woman with red shoes. She believes in the power of story to transform, connect, and bridge the gap between the known and unknown in this world and the next. Follow her journey on www.SidewaysIntoCrazy.com where she blogs about her escape from her government job into an artist’s life, and facilitates a community for reinvention. When your children are small, you chose everything for them, from what they will wear to where they go that day.

As parents, we know that someday, they will have to make decisions without us. How do we make sure they know how to make good decisions that keep them safe in an increasingly dangerous world?

The short answer is, you can’t. Not really.

But there is something you can do.

A few years back my oldest daughter was eighteen and sitting in the living room, plinking on our piano. Like a slow-motion replay, I still remember her silhouette as she made her announcement. Head down, looking at the keyboard, she tried for casual; “So, Mom, I’ve decided I want to go into the Army full time.” Arms tight to her side, she braced for argument.

Over an hour later, I had cycled through reasoning, debate, bullying, cajoling and even pleading.  The discussion ended with this exchange;

“Why? WHY do you have to go where people are DYING?”

With those five words, my world-view spun and the pivot point suddenly was NOT me. I realized: this was about my daughter, and HER life.

“Give me time,” was all I could muster.

It took me a week to come around. During that time, I remembered my brother, Doug. Doug made it home from Vietnam safe and sound, but died in a car accident less than two years later.  END_OF_DOCUMENT_TOKEN_TO_BE_REPLACED