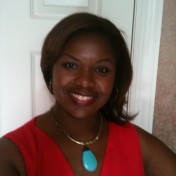 Taralyn Caudle is a writer for hire with an affinity for volunteers that’s taken her from the campaign trail to the halls of higher ed. She’s also a regular contributor for Rocket City Mom, where she blogs about being a single, working mom, and what it’s like raising a smaller version of herself. Looking for a few good words? Let her help you find them at taralyncaudle.com. Have you ever felt really, really blue and wondered if you were just sad, or actually depressed? If it is hard for us to tell the difference even in ourselves, how can we tell it in our kids?

One of my favorite books as a child was Anne of Green Gables. I knew I’d found a kindred spirit when the main character, Anne Shirley, proclaimed that she was in the “depths of despair.” I remember thinking, “Finally, here’s a girl who understands me.”

Never mind that Anne Shirley was a red-headed 11-year old orphan living on Prince Edward Island in the early 1900’s, and I was a little black girl from a small town in Alabama, growing up in the 1980’s.

Anne Shirley was a character prone to theatrics, and if I’m totally honest, I had my share of dramatic moments as a child, but what I identified with was Anne’s sadness- a sadness which was probably a precursor to my first real bout of depression years later during my freshman year of college.

So, when I started to recognize that same sadness in my own daughter, I knew I had to be open to the possibility that it was more than just pre-teen melancholy.

But how can you tell if your child is just sad or truly depressed? And what can you do in each case to help?