In the USA, many children are diagnosed with ADHD by a family doctor, not a psychologist. This occurs for a number of reasons: Seeing a doctor is often easier than seeing a mental health professional; a doctor can prescribe medication (unlike a psychologist); parents don’t have to consider additional cost or time barriers when seeing their regular physician, etc.

However, relying solely on a physician to make an ADHD diagnosis is not advised. Most physicians have limited experience with ADHD (and other developmental disorders). Furthermore, visits to the doctor are often brief, resulting in a hurried assessment of the patient. Both of these factors make misdiagnosis far more probable.

Parents must understand that ADHD shares many common traits with other developmental disorders, such as Autism Spectrum Disorder and Oppositional Defiant Disorder. Anxiety and various learning disabilities can also “look like” ADHD from a parent, teacher, or physician’s perspective. Sometimes even gifted children bear the hallmarks of ADHD; because they are so bright, they frequently become bored and agitated at school.

As such, the only way to accurately diagnose ADHD is through the administration of a thorough psychological assessment. The fact that many parents in the United States skip this step could account for some of the unexplained regional variations in ADHD rates. When one considers the reality that mental health services are much harder to access in rural lower-income areas, the different ADHD rates seen in North Carolina and California, for instance, suddenly make more sense. Before declaring any disorder “fake” purely on the basis of statistical discrepancies, it’s always a good idea to investigate related socioeconomic factors. Regional differences are, of course, not the only sticking point ADHD skeptics have. There are other fluctuations to consider, and chief among these is the sudden rise in ADHD rates.

Those who are concerned about the increasing role that technology plays in our lives—and our children’s lives—point to our reliance on cell phones as one possible cause of the surge in ADHD rates… Even going so far as to say that cell phones must somehow “cause” ADHD.

While this view is extreme, the notion that cell phone use might impact a child’s attentional abilities is not entirely unfounded. Several studies, including a long-term study of 2,400 children conducted by researcher Yoon Hwan Byun of the Department of Medicine at Dankook University College of Medicine in Korea, have indeed shown that children who use cell phones appear to be more likely to exhibit the symptoms of ADHD.

While such studies are certainly worth careful consideration, we must remember that correlation is not causation.

Though Byun was looking specifically at the possibility that RF radiation may “activate” the genes responsible for ADHD, more recent research has suggested that the way smartphone users (of all ages) frequently multitask has a deleterious effect on the attention span.

In impressionable young children, this effect could potentially become noticeable enough to mimic ADHD. This is not, however, a compelling reason to believe that cellular technology “causes” ADHD. During the first so-called “ADHD boom” in the mid-1990s, children did not typically have access to cell phones. As such, the condition evidently predates them.

What this data does do is give parents yet another valid reason to limit their children’s screen time—and there are already many good reasons to do so.

Some of those who link ADHD to technology usage do, of course, have an overarching agenda: A certain section of the population has adopted the idea that most developmental problems can be traced back to our modern lifestyle. They feel that technology and additives in our food, water, vaccines, etc., cause everything from Autism to depression—irrespective of the growing body of evidence that shows otherwise.

This kind of ideology is tempting because it provides an easy answer to a complex problem: It posits that by returning to a more “natural” way of life, we could escape the plethora of maladies and neurodivergences that medicine has defined over the last century.

Not all ADHD doubters are laymen seeking to advance an existing personal agenda, however. Even among professionals, there is heated debate over the validity of ADHD and the role of medication.

Prominent medical professionals, like neurologist Richard Saul (author of ADHD Does Not Exist: The Truth About Attention Deficit and Hyperactivity Disorder), have stated that while the symptoms of ADHD are very real, the label itself is simply a catch-all umbrella term. Saul argues that, as a society, we’re using medication to “subdue” unruly children instead of properly investigating what might be causing their symptoms. His opinion is shared by many who feel that “Big Pharma” wishes to push potentially habit-forming drugs on children, thereby getting them hooked for life. The basic reasoning behind this view is sound: We really should be more cautious when it comes to prescribing mind-altering medication to children. While ADHD medications have been shown to be safe when used as prescribed, developing brains are indeed more vulnerable to the negative impacts of drugs… Even drugs that are relatively benign when used by adults. The presence of a pharmaceutical “conspiracy” is, however, unlikely. Most mental health professionals actually see medication as an absolute last resort when treating ADHD in children.

The prevalence of medication use when treating ADHD likely arises from two things, the first being parental preference. Two-thirds of American parents support using medication therapy for childhood ADHD. Secondly, because few doctors are equipped to administer other treatments (such as cognitive behavioural therapy), children who do not have access to mental health services are more likely to be given medication to treat their ADHD. Sadly, the number of children being medicated (who may not in fact need to be medicated) says a lot more about parents having limited access to the right resources than it does about the power of “Big Pharma.”

We should also keep in mind that, while dissenting voices are often the loudest, the vast majority of experts agree that some children do need to be medicated. Cases of severe ADHD cannot always be addressed via therapy alone—an unfortunate but unavoidable truth. Does medication still pose a risk for these kids? Yes, it does, but not being medicated often poses even more troubling risks. Children with severe ADHD who do not receive effective treatment often suffer from poor self-esteem. They are more likely to be bullied and have a greater chance of suffering from depression. They’re even more likely to abuse illicit drugs and alcohol than children whose ADHD is well-managed with medication.

At the end of the day, we must remember that all medications have side effects. Even common over-the-counter pain relievers have been associated with serious medical complications. (Long-term NSAID use increases the patient’s risk of stroke, for example, and acetaminophen is notoriously hepatotoxic in large doses.) Still, medications have immeasurably improved the quality of life enjoyed by countless people. With every decision we make, whether it’s for ourselves or our children, we need to balance the potential risks with the rewards.

ADHD: Misunderstood, but Here to Stay

Ultimately, even if the prevalence of ADHD in the United States has been distorted by misdiagnosis, both professional consensus and the sheer number of ADHD sufferers around the world have made one thing clear: Though we may not understand ADHD completely right now, there is no denying the fact that it’s a genuine phenomenon. Furthermore, while the criticisms brought forth by ADHD skeptics have valid elements, erasing the label of ADHD will not close the gaps in the healthcare system. Nor will it reverse our present reliance on pharmaceuticals. Making mental health services more accessible and advocating for the use of behavioural therapy is a much better solution to these problems than invalidating the experiences of ADHD sufferers.

Before we rush to medicate our children, we must be prudent. We must seek the right diagnosis—not from observation alone, but through a psychological assessment. We must try every available therapeutic avenue. We must be prepared to sometimes accommodate the needs of our children, rather than expecting our children to conform to the demands of society. And, while we’re at it, we would do well to remember that limiting screen time (within reason) and promoting healthy eating habits can’t hurt. 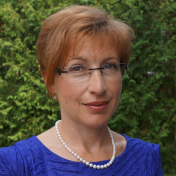 Dr. Tali Shenfield is the Clinical Director of the Advanced Psychology Services Center in Toronto, Canada. Dr. Shenfield is a Licensed Psychologist with over fifteen years of experience in the identification and treatment of learning, behavioral, and emotional issues in children and young adults. Her primary areas of practice include gifted testing, social emotional and psychoeducational assessments and psychotherapy. Dr. Shenfield taught graduate level courses at the University of Toronto and worked as a consulting psychologist at The Hospital for Sick Children and TDSB. In addition to her clinical work, Dr. Shenfield is an avid blogger - you can read her latest articles on parenting and child development topics at psy-ed.com/wpblog/