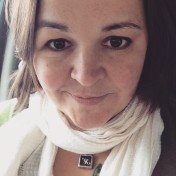 Holly Tellander is a freelance writer, author, educator and mother of two. In her limited spare time she enjoys attempting to knit more than two rows at a time or to finish an entire yoga video. Hot tea and kettle cooked potato chips fuel her musings which you can follow at www.hollytellander.com. You can find all of her social media handles there as well. A few years ago my family unexpectedly faced a difficult transition.

We were a busy bunch. Lots of new beginnings were underway and we were all feeling a little stretched.

And that’s when my husband was offered a job in a different state. He’d been unhappy in his current job for a few years and I had known in the back of my mind that we were facing this possibility but didn’t want to believe it. I was happy with our home and our town and with my place in it. My children had access to a great school system and the cost of living was low without sacrificing opportunity or safety.

On the surface there were many things to be happy about in regard to the new adventure. It was, after all, an adventure! New city, new places to see, new friends, new opportunities!

But, as anyone who has ever moved before can tell you, moving brings a whole set of challenges as well.

In our case the challenges were many. We were only four years into a mortgage on a home that I’d planned to raise my children in, a home that was just around the block from a very involved mom – mine! Not to mention the fact that I’d just secured my dream job and both kids were beginning new educational chapters, both of which had the potential to color their experiences going forward if they were successful (or not).

It was a difficult decision for our family. My husband really wanted to go; the job offered more money, with better benefits and was more closely aligned with his field of interest. And, it was closer to his family – exactly in the middle of both sides, as a matter of fact.

In the end, we made the (very rapid) decision to go. The company was offering an immediate start date and my husband didn’t want to lose the opportunity.

Our temporary arrangement was that he would leave immediately and the kids and I would stay behind to finish a few home improvement projects before putting the house on the market in the spring. We were upbeat when we explained to our small children that daddy would be leaving to move to another state, but that he would visit every two weeks (our new home was eight hours away and we thought this would be reasonable) and that we would join him in the summer. Of course we assumed our house would sell immediately and easily and with minimal fuss.

The best laid plans and all that.

To make a long story short, nothing went quite as planned.