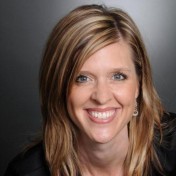 Julie Verner, PhD, is a clinical psychologist who specializes in parenting and family life, including divorce and family transitions. As a married mother of four, her professional work is marked by understanding and compassion for the monumental, and yet highly rewarding, task of raising and loving the little people in our lives. Visit her website at www.TheCaringParent.com. Racing around the house, tensions are mounting, and the clock in my head is ticking louder and louder.

My underlings continue to amaze me with their expert aptitude for crafting new versions of dawdling. Like a leaky bucket, minutes dribble on the floor behind us.

Sibling conflict is a major culprit today. “Bwuthew isn’t talking to me. He fawted and I towd him to say, ‘excuse me’ and he didn’t ansew.” Two minutes down the drain as his story painstakingly makes its way into words.

Another two minutes pass as I stand there scratching my head. I don’t even know how to answer him, except to say, “Just put your shoes on.”

The later it gets, the less I am able to cope with the fact that I am still wearing pajamas. Every effort to dress is circumvented. “I don’t like that kind of bread!” “Where is my other shoe?” “Can you get down my lunchbox?” “Can you pay me $2 since I took the dog potty and cleaned my room?” “Mom, this ponytail is fuzzy in the back. Can you redo it?”

Frustration builds alongside foiled efforts. Tension in my body mounts. Their silky faces, clumsily-formed words, squeaky voices, and large, innocent eyes are shamefully inadequate to ward off the volcano preparing to blow.

What happens next is nothing short of a miraculous moment.