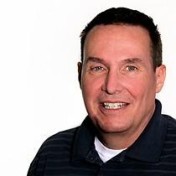 Steve is the founder of Live Your Life On Purpose, where his goal is to help men become better husbands and fathers. A former management consultant and executive coach, Steve loves his family, coffee, sailing, and being near the ocean. Check out Live Your Life On Purpose or find him on Twitter, Facebook, and G+. To receive Steve's 10-step checklist to help you become a better husband and father click here. Do you ever feel that you made the wrong decision as a parent?

Maybe your decision had unintended consequences. Maybe you made a decision based on the best information that you had available, but it just didn’t work out like you planned.

My wife and I experienced one of these situations last year, when we gave our daughter, Sarah, an iPhone for her 13th birthday.

We thought that it was the perfect gift. She’d been wanting one for a while and it would allow us to keep in touch with her by phone and text, and even keep track of her whereabouts.

We soon found out that children and technology don’t always mix quite the way we anticipate. You know where this is going…

Almost immediately her grades dropped from A’s and B’s to C’s, D’s, and F’s.

A little research into our Verizon account showed that she had sent and received over 4000 text messages in less than a month!

My jaw hit the floor when I first saw the sheer number of text messages, but soon learned that this wasn’t as ludicrous as it first seemed to me. A 2010 Pew Internet Survey indicates that 1 in 3 teens sends more than 100 text messages a day, or 3000 texts a month.

My daughter had also used about 3 GB of data, (75%) of our total data plan, in less than a month. Again, this is apparently not very surprising since the same survey indicates that 1 in 4 teens go online with cell phones.

How Could This Have Happened?