But his teacher, who was younger than me in years but wiser than me in the ways of children, just laughed and then proceeded to praise him. She talked about how creative he was and what an active and vivid imagination he had.

As she spoke, I took heart. I now saw him a writer, an inventor, an artist with paintbrush poised above a blank canvas.  She had released him from his bleak future and freed me of my hasty misconceptions.

After that conversation, I had a talk with my son. I encouraged his imaginative wanderings and creative liberties but told him that he had to label them as such.

Several years later, my daughter and I had a similar conversation. We talked about how much fun moving sounded, and about how she had to say things like “I wish I was moving” or “Let’s pretend that I am moving” She nodded solemnly, but there were, I was sure, other imaginings dancing wildly in her head.

That conversation could have gone so many other ways, ways that would have curbed her creative expression, had my son’s teacher not shown me how to turn lies into lemonade.

When our kids are untruthful, our first instinct often isn’t to praise them – it’s to shut the lie down. We see lying as a character flaw or even a moral failing on our part.  To be sure, children of all ages need to understand that lying isn’t acceptable and that dishonesty, in all forms, has repercussions, intended and unintended.  But, we, as parents, also need to understand that lying is a normal part of childhood.  In an interview, Po Bronson,  co-author of the book NutureShock: New Thinking About Children, said that parents should expect their children to attempt lying.

Lying isn’t necessarily symptomatic of a bigger problem – it’s part of growing up and maturing. A child who lies at 5, or even 15, isn’t someone who will grow to be a cheat or an unconscientious person; they are someone exploring their world, the hard way. And lessons learned the hard way are the ones that stay with us for a lifetime.

Children are testing their power and autonomy.  They’re exploring who they are and what their limits are. They’re putting their imagination and creativity to work. They’re also finding ways, desirable and undesirable, to get attention from their peers and adults.

Lying, nonetheless, is a behavior that needs to be addressed. Here are some suggestions on how to handle it.

1. Help Young Kids Learn to Differentiate Between Real and Pretend

Young kids need to be taught to say things like “this is pretend” or “this isn’t real.” For small children, the lines between fantasy and truth blur easily. It’s what allows them to have vivid imaginary friends and endless creative interactions with their stuffed animals. But even little kids can express their imaginings as “pretending.”

2. Make It Possible for Children to be Honest

Young kids, especially around the age of 4-6 years old, explore the truth. If you have a child who is having difficulty telling the truth, don’t set yourself and your child up for failure. Find a way to make it possible for them to be honest.

In Your Six-Year-Old, Loving and Defiant by Louise Bates Ames and Frances L. Ig, the authors state that  lying is a common problem for six year olds and that children in this age group are also unlikely to admit to wrongdoing. But, they have a solution.

According to them, when you know your child did something wrong, like breaking a vase, don’t directly ask your child if they broke the vase. “Rather, if you must know whether he did it or not, attack the problem in a roundabout way. Ask ‘How could you reach the vase on that high shelf?’”

Another way to address lying is to describe what you saw or heard.  Instead of saying, “No, that vase did not fall on its own” say, “Hmm. The way you just described the vase falling is different from what I saw. Would you like a chance to think about this?”

Sometimes kids lie because they don’t know any other way to share what they’re feeling or thinking.

This is often true of teenagers who may think that lying or sneaking around is the only solution, even though they know that what they’re doing is wrong.

One of the most powerful phrases we can teach children of all ages is: May I have a compromise? This gives children an effective way to be heard and it helps parents understand their children’s concerns.

In How To Talk So Kids Will Listen and Listen So Kids Will Talk, authors Faber and Mazlish say that when working toward mutually agreeable solutions, the child should suggest ideas first. Parents should “refrain from evaluating or commenting on any of those ideas. The instant you say, ‘Well that’s no good,’ the whole process ends and you’ve undone all your work. All ideas should be welcome.”

4. Examine the Motive Behind the Lie

Every behavior has a purpose, conscious or unconscious. It’s helpful for us as parents to take a step back and listen to what our kids are really saying with their words and actions.

Sometimes figuring out why offers more insight than what was actually said.

5. Remove the Element of Shame, For Ourselves and For Our Children

No one likes being called a liar or a cheater. Those are impactful words, both on the playground and in the home. For many of us, we overreact when our child lies because of how lying was handled when we were children: whether that be the lies we told (and the response we received) or the lies that were told to us.

However, while shame is a powerful emotion, it’s an ineffective teacher.  If we want to profoundly influence our kids when it comes to truth-telling, we’ll get much further by teaching about integrity and making amends than by shaming them for their behavior.

According to Brené Brown, author of Daring Greatly, shame is the “intensely painful feeling that we are unworthy of love and belonging.” But we can counterbalance shame with empathy. Even when our kids lie, the message they should hear is: We’re on the same team, let’s figure this out together.

For our quick contemplation exercise today, think of the last time your child lied to you.

Over the course of the next few days, commit yourself to do these: 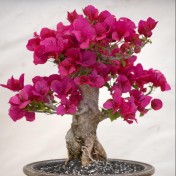