If you’ve ever made a conscious effort to become a gentle, positive parent, I can bet you’ve had a situation like this at some point…

You start out with good intention, you resolve to practice restraint and pledge to persist in the face of whatever circumstances (and your kids!) throw your way.

And you do good… you are gentle, patient and calm most of the time, and happily connecting with your kids for several days.

And then in a moment of tired overwhelm you let your guard down and let things get to you. You snap at your kids. They get upset and lash back. The situation starts to slip and slide right before your eyes. Before you know what hit you, things spin completely out of control.

You go to bed that night seething and simmering; filled with anger, guilt or shame (heck, maybe even all three of them!). You wake up the next day feeling like you have a little less energy.  Somehow, that morning you find it a lot harder to stay patient or practice restraint. Trying to prevent an explosive situation from occurring in the first place feels like too much work. And you let loose a lot more easily compared to just the previous day, before that one moment of weakness that somehow flushed days of hard work and progress down the toilet.

Isn’t it incredibly sad how easily a concerted effort for change can be sabotaged by a mere moment of weakness?

Introducing The “What the Hell” effect

There’s a silver lining to this dark cloud though. You are not the only one facing this, and there is a way out.

What you are observing is a known psychological phenomenon called the “What the Hell Effect” (No, seriously, I’m not making this up!). It’s been observed to affect dieters trying to lose weight, smokers and alcoholics trying to quit their addiction and shoppers trying to stay within budget. The term was first coined by dieting researchers Janet Polivy and Peter Herman in a study explaining the phenomenon where dieters who were led to believe that they had broken their diet tended to eat significantly more than otherwise.

The “What the Hell” effect is a cycle of broken resolve, leading to shame and then to that moment where we think (consciously, or subconsciously) “What the hell, I’ve already busted my resolve, there’s no point in fighting this anymore” and then start sliding down the slippery slope of more broken resolves and shame until the effort to change is doomed.

How often have you done this? I bet you won’t have to think too far. I bet you can come up with a situation within the last week where you let this phenomenon sidetrack you from what looked like great progress up until that point!

In today’s article we look at a few ways to beat the “what the hell” effect and stay on course to becoming gentle, positive parents in spite of our little weaknesses and the guaranteed slip-ups we will have on the way.

I went through several of these cycles of being positive and gentle parent for a while, and then losing it once, and then everything just going downhill from there.

After a few days, I would start fresh and then repeat the darned cycle.

It wasn’t until I reframed my goals that things started to work out towards the better.

My original goal was of course to stop screaming at my daughter.  With this goal, every time I slipped, I’d feel nasty. I’d beat myself up for failing and eventually the “what the hell” effect would kick in and sabotage my effort.

My reframed goal was to model self-restraint to my daughter. With this new goal, each slip up where my anger was beginning to get the best of me was an opportunity to model self-restraint, instead of an outright failure. For instance, in a moment of angry frustration I would start screaming at her. However, as soon as I realized it, instead of feeling like a failure, I would stop snapping, sometimes mid-sentence, take a deep breath and say “You know what? Mommy is very mad right now, and that’s why she is starting to scream at you. That’s a poor choice (the lingo used in her school). Mommy needs to stay quiet for some time to calm down and so she doesn’t say mean things”.

The best part? When I wasn’t able to catch my breakdowns soon enough, she would. It seems funny in hind sight, but we’ve literally had situations where I would scream at her and she would scream right back at me saying “Stop screaming. It’s not nice to say mean things when you are angry“. It stung, but on the flip side, it looks like she’s at least internalizing the concept  of self-restraint (and helping me internalize it too) 😉

#2: Focus on Progress, Not Perfection

I’ve always identified with having to do things right. Going after perfection has helped me succeed in a lot of different fields. But sadly, in this case (and a few others) it was holding me down instead of propelling me forward. Every time I slipped, it killed my motivation a little, until my resolve to be a gentle, positive parent was dying a slow, painful death.

What the hell, I’ll never be as calm or patient as <so-and-so>, so why bother?

The best way to beat the “what the hell” effect is to give up on perfection. When progress, not perfection, is the goal, a slip up is just that – a slip up. When you give up the image of perfection, it is a heck of a lot easier to pick up the pieces, brush it off and keep marching when you stumble and fall.

The following story that I read in the book The Happiness Advantage: The Seven Principles of Positive Psychology That Fuel Success and Performance at Work

really resonated with me.

Consider two janitors at an elementary school. One of them just focuses on cleaning up the mess every night. The other believes that he is creating a cleaner, healthier environment for the kids. They both do the exact same work, but the satisfaction they each derive, the sense of fulfillment that they feel and eventually the quality of their job are significantly different due to their different mindsets.

Now think of your own job as a parent — are you just getting through each day in the hopes that your kids will soon be old enough and you are freed of your “duties”, or do you believe you have an important mission of raising fantastic human beings who have in them the potential to contribute to the world in so many different ways? Are you rushing through the days in a frantic effort to just get through, or do you believe you are privileged to gently guide these kids as they fumble though life’s journey and discover all that it has to offer?

Your mindset makes a huge difference. With the first, each slip up is an opportunity to throw your hands up in the air and say “What the hell, I give up. This child is impossible!” With the second, each slip up in an opportunity to say “Hey, I’m raising a human being, why the hell would I expect to get it right the first time. Let me keep trying.” Our mind has a propensity to focus on the negatives. We almost always feel like crap when we fail but never really celebrate our little victories.

When was the last time you said “Yaay, we had a great time at the dinner party today. The kids behaved (more or less) and I didn’t lose it even once”. But at that same dinner party if the kids hadn’t behaved and you snapped/screamed at them, wouldn’t you spend hours feeling crappy about the whole thing?

It’s time to balance things out and start building a cache of good memories of little victories. Every time you’ve managed to not lose it in a situation that you previously would, acknowledge it. Pat yourself on the back. Talk about it if possible — I invite you to share it in the comments below. Maybe no one will read. Maybe someone will. It doesn’t matter — it is more for yourself than for anyone else. This is one place where you cannot be shy or embarrassed to be your own coach, cheerleader and fan!

Ultimately, the biggest enemy of the “what the hell” effect is just your awareness of it. Be on the look out and catch yourself falling prey to it a few times, and you will soon be able to build your defenses against it. And soon, you will become the gentle, positive parent that you always wanted to be.

Take the next few minutes to simply ponder and the last time you pledged to become a gentle, positive parent but failed.

Now focus on the kind of parent you are. You could be watching TV, browsing youtube, facebooking or any number of other things right now. Instead, you are reading an article about how to become a positive parent. Would you do that if you weren’t a good parent?

Yes, you’ve slipped-up in the past. But you aren’t someone to give up based on one little fall are you?

The only thing that matters is that every time you fall, you get up and keep going.

And with this, we come to the end of our one month of focus on how to stop yelling at kids.

It’s not the end of putting this habit in place though… it’s just the beginning.

With your increased awareness, it is a lot easier to find those instances when you are angry but consciously choose not to yell, to catch and prevent explosive outburst before they build up to a crescendo, to put in place mechanisms so you are pre-commited to a better response when you too angry to think straight and to keep occasional slip-ups from sabotaging your entire change effort.

Persist, and soon being a gentle, positive parent will be just a mere habit, something second nature that you will not even have to think about! How cool will that be? 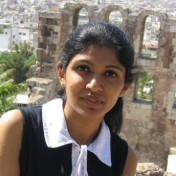