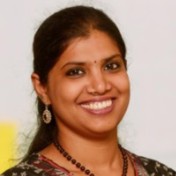 Devishobha is the founder of Kidskintha- a happy place to jumpstart conversations around family and millennial parenting, living in India. You can find her voice on the Huffington Post, LifeHack, Parent.co, Addicted2Success, Inc.com, Entrepreneur, Tiny Buddha, Sivana East and others on a range of topics. Get yourself equipped with one Happy Parenting hack a week for an entire year(each one backed by science) on Kidskintha.

It is hard to keep your confidence and self-esteem intact after suffering a major setback yourself.

But there is something harder – watching your child go through those soul-shattering feelings and feeling your own heart crumble to bits within your body.

We have all likely seen these things happen.

Seen our child locked up in a room because, “everyone hates her!”

Or, caught our child saying, “I so suck at this, what’s the point of even trying?”

Or, seen them being insulted for just being themselves and watch them go through stages of grief – confusion, denial, anger and then the thing that no parent will want to see – acceptance.

Our older daughter had always had skin flare-ups due to eczema, mildly as a baby and more strongly as a toddler. However, at the age of seven, she suffered a sudden and extreme flare-up.  Her skin became so flaky and patchy; it began to peel off in places.

We hopped from doctor to doctor hoping for a remedy, but this time it had come back with a vengeance. The restrictions on her diet kept piling up, her medicine dosage kept increasing – only to see her weakening. The eczema stayed strong.

Her sleep was fitful, her diet scattered. Her activity had already become restricted because of photo-sensitivity. She had to wear clothes that covered her rashes from exposure to the dust and sun. She had to be always slathered in layers and layers of creams and oils to soothe her skin, even if they could soothe her only a little.

Obviously, she went through tremendous physical distress. Yet, I was scared of something even more monstrous than this physical manifestation. I was terrified of her letting it become her identity, of letting it break her confidence, of letting it limit her mentally.

And then, one evening – my fear came true.

India still allows children to go out of their homes and play by themselves. One evening, she came home and said quietly, “N’s mother has forbade her from playing with me, because I have rashes.”

I waited in silence. I didn’t comfort her immediately, too scared that she might sense that I already expected it because it came too soon. She sat down leaning against the wall, arms crossed and chest heaving in anger.

And then, she bawled. Amidst the torrent of tears and snot, I heard what I feared the most, “Why me?”

Perhaps, that was the moment that she had begun to deeply identify with her setback.

Gradually, I noticed that she was reluctant to meet people. I would find her instinctively covering the back of her palms, if someone even seemed to be coming closer.  She would attempt to hide behind me at the supermarket.

She would examine herself in front of the mirror for long periods of time. She would kiss me repeatedly and ask to be kissed back. She refused to even see doctors.

My husband and I were already stressed with taking care of the physical hardship she was going through.  We took turns at night to watch her else she would scratch herself bloody within seconds.

Yet, we knew that it was absolutely crucial to smooth out those psychological knots that were forming in her. We decided to work on them, very intentionally – one step at a time.