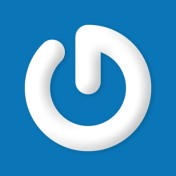 Tired of feeling overwhelmed, Heather Sanders and her husband Jeff faithsized their family into a 960 square foot lake cabin in need of renovation. She writes about faith and simplifying your desires so you can be content right here and right now. Your kids say “Please” and “Thank you.”

They are kind, considerate and caring (most of the time). They respect others by listening when they’re speaking and they share and take turns (usually).

And then, you have a play date, and not only you, but also your friends and half the neighborhood learn your child’s one defining character flaw.

Don’t worry. You’re still a fine parent, and now, you’ve been given your newest task on this parenthood journey of yours.

My son Kenny was six-years-old the day his legendary growl ripped through the conversation I was having with my friend. We looked up to see him chasing her son down the street.

Horrified, I jumped down from the tailgate and took off after the two boys.

Catching up with my son, I grabbed him around his waist with a tight grip, swung him into my body, and plopped us both safely down on the curb.

He howled while pushing and shoving against me until I thought the blood vessels in his forehead and neck would burst. But, after a few minutes, my tough little guy’s yells and frustration gave way to sobs, and it was over as quickly as it started.

His friend, running wide-eyed back to his parents, obviously wanted to go home, and for good reason.

It isn’t every day that your friend turns into a wild banshee and chases you down the street.

Pride – a deadly character flaw raising it’s ugly head, both in Kenny AND his friends. That’s what.

As the story surfaced, I learned Kenny’s friend and his friend’s older brother had made fun of him. I can’t remember what it was about, but it punctured Kenny’s pride, and he acted out his rage.

While Kenny’s pride was easy to pinpoint (and hear), his friends’ pride was sarcastic and defensive, which was subtler than Kenny’s, though far from saintly.

After Kenny had settled down I asked if he was ready to apologize; he wasn’t.

Sadly, he didn’t apologize at all that day, and our friends left early without the boys resolving their issues. I knew that once Kenny began missing his friends, his heart would warm to the thought of apologizing, but I also knew that’d take longer than a day.

Before it was all over, Kenny’s friends argued, “But it was just a joke.” while Kenny argued, “They made fun of me!”

As parents, we prioritize building character into our kids’ lives, so naturally, when we see a character flaw like this, it makes us cringe.

We wonder how many times do we have to repeat the same lesson before our kid gets it?

Of course, you know the answer to that already — as many times as it takes.

The 9 “Faces” of Pride and How to Respond

Once you begin digging, you will find that pride is usually at the foundation of many of your otherwise well-behaved child’s sudden and often unexpected lapses.

Though pride presents itself in many ways, I’ve listed the 9 most repeated ways pride reared its head in my son’s life over the past 7 years and how we responded.

Bonus: Click here for a free printable version of this article for a quick reminder of what to do when you’re in the middle of a difficult-to-handle situation!