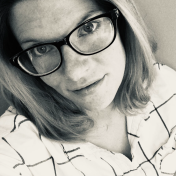 Kate is a single mother of three who enjoys sharing her parenting tips and experience with others. She hopes to bring hope and inspiration to parents through her writing. Not too long ago I realized that I had to do something differently when dealing with my child’s limit breaking. After one particularly intense “episode,” I could no longer ignore the fact that I was in a pattern of caving to my daughter’s demands, simply as a means of avoiding the full-blown tantrum.

These behavior episodes would occur every time I tried to enforce limits. If I attempted to follow through with the limit that had been set, the entire family would pay for hours. What had begun with the occasional rule breaking had quickly spun out of control and become a repeated, every day occurrence.

All children break limits occasionally; after all, testing limits is a way to experiment with independence. And while frustrating, it can actually be healthy for children to test boundaries, as the brain develops and a child begins to recognize the cause and effect their actions can have on the world around them.

It is when our children argue with everything we say or break the same limit repeatedly (such as with my daughter), that we can really begin to question what we could do differently. We may begin to feel like our children are making intentional, irresponsible choices, especially when they ignore our guidance over and over again. While we can celebrate their independence in decision making, we also want them to make the “right” choices!