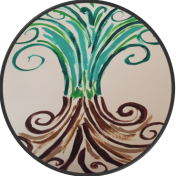 Teresa Buchanan has been a tenured professor of early childhood education for over 20 years. She has a Ph.D. in Child and Family Studies from Purdue University, a M.S. in Child Development, and a B.S. in Business Administration. She’s published many scholarly articles about teaching and is now enjoying the opportunity to write about parenting. With their skillful father, she raised two outstanding young men. Her work merges knowledge from research and theory with wisdom gained from the practical experience of successful parenting. Right now, your child trusts you. You are the source of all good things. She knows if she hurts herself or is hungry or needs information, she can ask you for help.

But how can you make sure your young child grows into someone who will continue to come to you when life gets seriously difficult?

In the middle of a divorce and losing my job, the last people I wanted to speak with were my parents. They are the people who care for me more than anyone else in the world and who would probably give their lives to save mine. And yet, my parents were unavailable to me simply because I was afraid of their judgment and harsh criticism.

These are people who love me and support me and care about me and want me to be successful and happy. But I just couldn’t bring myself to talk to them.

It was too risky. I was terrified of the inevitable reprisals, repercussions and emotional damage that I believed would result from honest communication with the people responsible for my very life.

Mine wasn’t an unusual predicament. Consider the following:

Why can’t these people confide in their parent or caregiver?

series to my children was this: “WHY doesn’t he ask an adult for help?!”

The characters would find themselves in dangerous, frightening or difficult situations that could be easily resolved with a word or suggestion or small act by an adult in the child’s life, but they never asked for help.

Perhaps one reason that series is so popular was that it accurately portrays a universal childhood problem. Many adolescents and young people say they cannot talk to their parents. They believe there is no adult in their life that will listen or understand.

Recently in a Humans of New York Post, a young woman said she loved her parents but had to lie to them a lot because they were conservative Christians. What a shame. She believes their beliefs prevent honest communication.

Shuddering, I remembered the following conversation I recently overheard in a doctor’s office. The child was a young girl, about thirteen, and her mother was talking to her while working on her mobile phone.

Child: I don’t know what to do about Michael.

Mom: What do you mean? He’s such a nice boy, I’m so glad you are spending time together. His parents are very active in church; I just love them.

Mom: Well, he’s a good boy and you’re a good girl. You know better than to get yourself into trouble. Remember what happened to that awful Christine? I heard she is having the baby. Trashy girl, trashy family. I can’t believe you were ever friends.

Child: Yeah. Sure. Of course.

The girl stopped talking. Her mother, still working on her phone, didn’t see the grim expression on her daughter’s face. It was heartbreaking. The mother had no idea how badly her well-meant words were received. The child was certain her mother wasn’t going to be of any use to her.

Both were missing a wonderful opportunity to communicate.