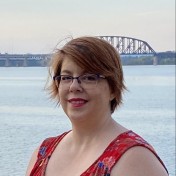 Amy Becker is a journalist and writer based in southern Indiana. She has published work on various blogs and in regional magazines. She also runs the blog GetCozyBookNook.com, which is dedicated to all things reading, especially cozy mysteries. Little kids are naturally creative in ways that we may all wish we still were as adults. The young imagination can create games out of thin air: toys come alive to perform rescue operations of the downtrodden or to live their best life in Malibu.

When my son and daughter were little, I loved to watch them explore how his action figures could go on adventures with her Barbies. Their toys would be swimming in a pool one minute, then saving the world the next, each adventure building upon the one before.

A whole new world of creative play opened up for them as their toys became not only a door to the pretend world, but also a tool to interact with each other in a way that challenged their imaginations. Watching them create story lines and themes almost felt like having a front-row viewing of the exploding growth of their young brains.

But as my kids got older, I witnessed self-doubt make its inevitable invasion as they began to compare themselves to other kids and formulate ideas about what is “normal.” Free play and unrestricted creativity gave way to self-consciousness and wanting to do things the “right way.”

Here’s the thing about creativity and children: as parents, we have the ability to encourage a free-spirited nature even as our children mature and learn more about the world around them. Creativity is important because it opens the door for so many other skills that will benefit our kids as they get older. END_OF_DOCUMENT_TOKEN_TO_BE_REPLACED