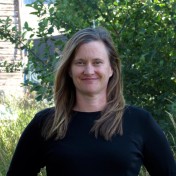 Christy Stillwell holds an MFA from the Warren Wilson College Program for Writers. Besides mothering, she has worked as an adjunct professor, a writing tutor, a textbook editor and a bookstore clerk. Her poetry collection about motherhood, Amnesia, was published in 2008 from Finishing Line Press. Her debut novel, The Wolf Tone, is also about motherhood from many different angles. The novel won the 2017 Elixir Press Fiction Award and will be released in January 2019. Find her online at christystillwell.com