You read a million articles about how to be a better parent and study a million new techniques to master this discipline thingie, and still your kids are masters of misbehavior and will tear each other apart at the slightest provocation.

I am a committed skeptic when it comes to parenting know how. But I recently discovered something that helped our family resolve sibling rivalry, discipline issues and more, and changed our family forever.

When I started, I had no idea that it had a new-agey name or that it was being hailed as some new fangled parenting mantra. I stumbled upon in by accident – and all the hype and hope aside – it really worked for us.

What it boils down to is this; mindfulness is simply taking a moment to notice what’s happening in your family and accepting it.

It’s noticing your own thoughts, noticing your child’s behavior and choosing how to react without letting your emotional baggage and your bad temper stomp all over your life.

On a couple of well-slept days I realized that when I could focus enough to see what was going on with my kids and then took a breath before I reacted, their behavior got better.

On one occasion, when my girls were going at each other’s throat for the fifteenth time during a game of bake the brownie, I just observed.

Normally, I would have flown off the handle and someone would have been wailing in the time out corner, but instead I just observed and listened, and hugged.

I wish I could say that it stopped the crying completely. No, it didn’t.

What happened was significantly more profound though. My eldest daughter calmed down much quicker than usual and then she leaned over, gave me a big kiss on the lips and said with the all the wisdom of a 4 year old –

“Thank you for listening to me, Mommy. I find Sophia hard sometimes”

And things just sort of settled down after that.

Bonus: Download free printable quote posters that you can tape around your house or work area to remind you to be a mindful parent.

At first, I likened it to being a bit like the ghost of Xmas past, hovering calmly above the scene of a family fistfight when you’re stressed and sleep deprived.

And then serenely intervening like I imagine Mother Teresa would if she’d witnessed two kids pummeling one another in the street.

Your job is to be the passive observer with a tantrum proof exterior and a heart full of loveliness.

Yep, there was pretty much zero chance that was going to work in our house in the long-term either.

But I was intrigued to see if being just a tiny bit more mindful could really make a difference to the overall atmosphere in our house.

Here are five things I did to make a more sustained shift towards mindful parenting without feeling stressed out about mastering yet another parenting fad.
­ First you need to know why being mindful matters.

And it’s not because your kids will suffer if you don’t get the hang of it.

This mindfulness stuff isn’t about them. It’s about you.

It’s about allowing yourself to capture all of those wondrous life moments by simply deciding to pay attention to the stuff that matters.

We know kids thrive when they are witnessed but what about us?

How can we thrive in the beautiful bedlam of family life if we’re so busy looking ahead and multi-tasking that we can’t savour it?

And by that I mean all of it.

The first step in becoming mindful is accepting that life with kids is maddening, exhausting and meaningful.

Being right there in the moment whether you’re at work, or with your kids, brings a feeling of total satisfaction.

Just like finishing a session in the gym or a big project, you feel sated when it’s done.

Being mindful is simply saying to the universe, I mean it and I am paying attention.

Give it a try and your life will feel full of stuff that matters, so you can dump the stuff that doesn’t.

#2 Get Your Kids to Meditate

I know this sounds crazy, how do you get a 4 year old to meditate and why would you bother when they can barely sit still? Because children need to be able to understand what happens when they freak out and you need to show them how to switch off.

by Dr. Daniel Siegel, a professor of psychiatry at UCLA goes into this theory in great depth but here’s the super short version.

Kids brains are not yet fully wired. You wouldn’t expect a partially wired car to drive smoothly and yet we seem to think a kid’s default position is to be able to control their emotions.

They can’t, not until they get a bit older and until you explain to them what that jelly inside their skull is all about.

For some reason, we don’t talk to our children about what happens when they feel or think something or that they even have the choice over which thoughts to indulge and which to ignore.

So I started including my girls when I meditated (I’m a beginner so this is just trying to be still for me) – just 5 minutes of sitting quietly once a day.

Okay, I bribe them with Oreos and it doesn’t come off every time but they listened intently to my made up story about Jumbly, a little girl with a crazy ball of wool for a brain.

I told them that Jumbly thought and felt loads of stuff everyday and that made her brain tired.

Sometimes Jumbly even felt sad because she had so many thoughts and worries.

I explained it was just her fuzzy brain growing and that if they copied her and took a big breath when they felt upset, angry, sad or whatever, they would help their brain to work better.

So, I now say let’s copy Jumbly and give our brains a rest and we slump down for five minutes of nothingness.

Some days we only get to 30 seconds before they’re fiddling with something or pulling each other’s hair.

But other days, I have seen a massive improvement in managing meltdowns just by saying, ‘Take a Breath like Jumbly’!

This is just one way to plant seeds for your kids to help them understand why we feel things and that we can learn to tame them.

And of course, you get 5 minutes to attempt to be mindful.

Just deciding to make the change will make you feel calmer.

That said, I’m a hard-core realist.

You already have a to do list longer than Obama’s, in fact he’s probably dealing with some dictators that are easier than most kids, so yeah, you’re dealing with a massive pile of stress daily.

You are not alone.

Making big changes amongst family pandemonium is tougher than getting a Hollywood star to eat carbs, so I suggest you aim to make the tiniest commitment to being mindful.

If you attach your new habit to something you do already, like going to the bathroom, brushing your teeth, etc., you have a much bigger chance of success.

Without going into too much detail about my bathroom habits, I now sit and try to be mindful for 2 minutes every time I finish going to the loo.

Some days that’s a full 10 minutes of mindfulness that I’d find impossible to squeeze in, in one go.

The Stanford Director that came up with the tiny habits method has seen it transform numerous lives.

Could it help you to take a stand against your unruly brianwaves?

#4 Put Down Your Fork This is a mindfulness mantra that a good friend of mine taught me – it basically means that most people don’t notice how tasty their food is because they’re too busy shoveling in monstrous mouthfuls to even chew it properly.

The idea is that you simply put your fork down between each mouthful so you can focus on just chewing and savouring your food.

I recognize that my own speed-eating problem has become even worse since the arrival of kids because I’m so used to getting interrupted (sit down, don’t hit your sister with that, stop throwing peas etc) that I eat as if being chased by a wild beast.

In fact, my life is one giant melting pot of multi-tasking, isn’t every parent’s life?

But here’s the thing, if we can’t even eat one mouth full properly because we’ve already got our fork poised for the next gob full, what chance do we have of truly experiencing our lives?

No matter what I’m doing at work or with my girls, I’m always having a mini-scheduling session in my brain thinking about the next thing.

It’s like having a constant, things to do ticker tape in my head.

Most parents are juggling so much they might as well be carrying a giant metaphorical fork around with them.

Try to put it down at least some of the time and just be in the moment.

Three simple things have worked for me –

– I empty my brain as often as possible onto paper. It works especially well if I do it right before hanging out with the kids.

– I leave my cell phone in a completely different part of the house and I’ve started leaving it at home as much as I dare.

– The last thing is just notice how much your crazy brain jumps forward and to bring your attention back to the tiny things.

The sound of the wind, your footsteps on the sidewalk, the glint of the sun on puddles.

#5 Accept Yourself and Your Imperfect Family

There are no Saints among us — only parents.

So, on the days where you have feel bone crushingly tired and that horrible feeling of not being a good enough parent gnaws away inside you, just notice it and forgive yourself.

You are already doing a great job.

The fact that you are even reading this means you are ‘mindful’ of how powerful your role as a parent is.

Of course you want to do the best you can, but sometimes that means slowing down and just being present.

If you can manage this just a few minutes a month you’ll notice all the tiny triumphs there are hidden in every single day.

On the days you can’t, feel free to stomp and shout and throw a tantrum.

You can always try again tomorrow, where your crazy, beautiful life awaits you.

Ok, it’s time for our quick 2-Minute exercise. Let’s take stock of where we’re at –

Those questions should give you an idea of where you stand with practicing mindfulness in your life at this moment. Stick with us through the end of the month, and I promise you, if you come back and look at these questions again, you’ll be impressed with how much your answers have changed. (To receive the article directly in your mailbox, sign up here if you haven’t already done so.)

Just spend the next week watching yourself, your spouse, your kids, your general schedule and take note of how often you lose your temper with your kids, how often they bicker, how often you are unhappy with a situation, how often you set each other off and so on. This in itself is a little exercise in mindfulness and will make it easier and easier for you to embrace mindful parenting more fully as we go through the month. 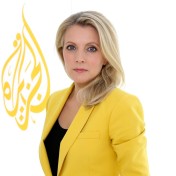 Julie Macdonald is a British TV News Anchor. You can find her at thedailyjuggle.com where she is committed to busting the myth of the perfect parent. You can also download her ‘How we made 30 meals in 2 Hours’ video, recipes and cheat sheet – designed to help you reclaim 7 hours of your life every week.