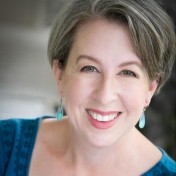 Mindy Carlson, M.S.O.D., is a life coach, wife, and mother of 2 spirited boys living in Washington, DC. After growing up on a farm in Iowa, she went into university administration and then Montessori pre-school education before becoming an organization development consultant. Her entire parenting philosophy changed after her family moved to Switzerland and started to observe the success of the Swiss style of parenting. She blogs about parenting, cooking, and travel as the Swiss Family Carlson at http://www.MindyQs.com. I try really hard to be a positive parent.

I say something specific about their homework rather than simply “good job.”

Positive parenting has changed the relationship I have with my kids entirely. When it really matters, when I’ve had a stressful day or a task is really important to me, my kids listen. And when it really matters to them, I make them feel heard and valued.

But every so often, I find that regular everyday situations still trip me up. And just like that,  I find myself struggling to stay on the positive parent wagon. END_OF_DOCUMENT_TOKEN_TO_BE_REPLACED They are all words for Resilience.

Resilience is more than the buzzword of the year. It is what gives us “the courage to go after our dreams, despite the very real risk that we’ll fail in some way or other.”

Isn’t that what we want for our kids? To go after their dreams and their passions and achieve them? Ever since I read Carol Dweck’s now-famous book Mindset : The New Psychology of Success I have been looking for ways to teach my kids this kind of resilience.

We go on hikes and do brain-teaser puzzles. We have even tried a ropes course in our quest to build resilience within them. It was in the midst of walking my oldest son through an algebra problem that I realized that resilience isn’t just a mindset, it’s a habit.

Resilience should be as much a habit as brushing your teeth in the morning or having a snack after school.

It’s something that we should be building into our everyday lives in such a way it becomes an unconscious choice. We simply don’t consider giving up when we don’t get that math problem right the first time. Trying again is our habit.

My boys are good at showing resilience in big moments or for specific projects. For example, my oldest son wanted to experiment with parallel circuits for a science project. He had all kinds of issues with the connections between the wires. The tape would slip or the wires wouldn’t be making good contact with the battery or he attached the wire incorrectly.

There were definitely moments of extreme frustration. He lost his temper several times and had to walk away from his project a few times. But he always came back and tried it all again.

In his everyday life he doesn’t seem to have that kind of resilience as his default. We recently got new kittens. I asked him to open the can of food for them and that’s when the trouble hit. I don’t know if you’ve ever tried to open a can of cat food, but that flip-top lid can be difficult to open. When he was unable to get the can open he just gave up!

He didn’t even ask for help! He just stopped trying completely and left the can on the counter for me to find. The resilience to keep trying at the lid was not a part of his default setting.

So how do we make it a real habit? How can we teach them everyday resilience?

END_OF_DOCUMENT_TOKEN_TO_BE_REPLACED Here I am. Folding laundry. The ball and chain of chores.

I thought it was bad when they were babies and they had multiple outfit changes. I buoyed my spirits by telling myself that when they were older and didn’t spit up so much and were neater eaters things would be better.

Well, let me tell you, people. It’s not better.

They are 12 and 9 now and it still never ends. I do some laundry and then there is always more that appears! Some random white t-shirt when I’d just done all the whites shows up in the basket, mocking me.

And most of it is theirs! Their pants! Their shirts! Their socks and underwear! Without me they’d never leave the house in clean clothes.

OMG. Without me they’d never leave the house in clean clothes!!

What about when they go to college? Who’s going to do their laundry?

What about when they get married? Am I setting some poor person up for a lifetime of no help with laundry duty?

I had to wonder what other responsibilities I hadn’t taught them about yet, either because they were “too young” or because it was faster to do it myself.

Then I wondered when I was actually going to find the time to teach them things like laundry, cooking, and washing the dishes. And what about bigger responsibilities like managing money? When was I going to get around to that?

This little epiphany hit me in the middle of folding towels. I looked down at them and realized I needed to start immediately. And I could start with towels.

That was my first step on the path to really, thoughtfully teaching my kids the life skills that lead to learning responsibility. The next step was to decide what to teach them next.

END_OF_DOCUMENT_TOKEN_TO_BE_REPLACED Do you remember summers when you were a kid? How you’d leave the house in the morning and explore the entire neighborhood on your bike with your friend and come home when the streetlights came on?

During the summer my brother and I would burst out of the house at 9am with a bag of sandwiches for lunch and a “see ya later” to our parents. They never worried about us, knowing that we would come back – alive and well – when we had run out of food.

I love those memories! I think of those as some of the best times of my life.

Parenting is so much different now than when we were kids. In just 30 years smart phones and tablets have taken over. They suck my kids into a void where they remain, unreachable, until my voice reaches a pitch usually heard only by dogs.

And when they aren’t with a screen we are zooming off in the car to attend a carefully curated schedule of athletic practices, music lessons, and language classes.

These days I feel like I’m going to be accused of neglect at any moment because I let my children play unsupervised in the front yard while refusing to give them a smart phone complete with GPS tracking capabilities.

My children think differently. They think they need this stuff or their lives are going to fall apart.

They need to know French.

They have to be in 8 different sports or they won’t have any kind of shot at getting a scholarship.

They must have a smart phone and be on Snap Chat or their social lives will disintegrate into nothingness.

They are entitled to all of it! It is their due in life. It is what they must have. And I’m supposed to give it to them.

The worst part is that I feel helpless to stop it. All that technology and sport and entitlement is like a tsunami coming right for me to sweep me away.

But am I really as helpless as I feel?

END_OF_DOCUMENT_TOKEN_TO_BE_REPLACED The boys are fighting. Again. Probably over a Lego minifigure, if history is any guide.

And then my youngest begins to shriek and I can’t stand it. My gut tells me I need to intervene.

I swoop in and try to determine who “owns” it and when they can’t stop yelling at each other long enough to even hear me I impound it, adding it to the bin of other impounded toys.

Did that solve anything?

They are still yelling – at me, now.

They are still angry.

They still haven’t learned anything. (Except possibly that the youngest’s shriek will send me running into the room.)

And most of the time it worked out.

Sometimes, however that gut instinct was actually me being triggered. That shriek that sounded off like an alarm bell in the middle of the boys’ argument? It turns out that is a huge trigger. That isn’t me following my instinct. That is one of my buttons being pushed and me responding like a well-trained dog.

Okay, I am not actually a well-trained dog. It turns out there is a ton of scientific research out there that has been done on parenting. Thousands of websites, research papers, and books have been researched and written on parenting and child development.

There are numerous experts out there who can tell you, in obsessive detail, about how the brains of children develop and how our parenting choices effect that development. There are also experts that can help me learn how to recognize how my own brain works and how to disarm those trigger buttons of mine.

Any of that research could have been helpful to me during the argument between my two boys. Let’s break down that argument and my response using just four researchers and their theories.