“Few parents nowadays pay any regard to what their children say to them. The old-fashioned respect for the young is fast dying out. Whatever influence I ever had over mamma, I lost at the age of three.”

– Oscar Wilde in ‘The Importance of Being Earnest.’

We expound on how to get them to listen to our wisdom.

But hardly anyone ever talks about the importance of listening to our children when they criticize us.

Yes, you heard right. There’s very little discussion on this subject and if it does come up, most parents brush it off as being unimportant. As one parent told me “We don’t need to take advice from our kids. They’ve not lived the life we have.”

Perhaps this is one of the reasons we should listen to them; because their perspective is unclouded, and in many cases painfully truthful.

It’s high time we parents ‘heard’ what our children are saying about us, to ‘us.’ Oscar Wilde was right.

Editor’s Note: Being able to ‘hear’ our kids’ criticism without getting emotionally agitated is a skill we can all learn. Check out Dr. Laura Markham’s talk about Becoming Emotionally Intelligent Parents at last year’s Positive Parenting Conference.

Recently, our family was on a vacation together. I was getting exasperated with my husband over things not going quite as smoothly as I had hoped.

My daughter, a young adult, took me aside and said rather curtly – “Mom, can you please ease up on Dad? He’s doing the best he can to make this a great holiday for all of us. So what if he forgot a few details? It’s not the big deal you’re making it out to be.”

I immediately bristled and gave her a couple of pointers on how the world would be a better place if we were all a bit more organized. She just walked away, exasperated.

Later, when the fog of self-righteous indignation cleared, I thought about it and realized how right she was.

I had been nagging hubby dear since morning and his unfazed demeanor was only making me madder. I swallowed my pride and decided to take her advice. As the blame game eased, it was as if the trouble in paradise never happened.

As parents, immersed in the art of parenting, we will realize soon enough, that it’s not just teenagers or young adults who shoot critical arrows in our direction. We will also hear bitter home truths (call it blanketed advice if you will) from children as little as five.

Simple unabashed remarks that force us to hold a mirror to our thoughts and make us realize, what’s reflected back at us isn’t very pretty.

“Mommy, you’re being mean to Teddy.” Teddy could be your toddler’s toy bear (inanimate right?) or a pet turtle. The onus is on ‘mean.’

Or “Why are you yelling on the phone, Mommy?” Again the onus is on ‘mean’ even if the word is not being used.

Usually, these outspoken toddlers transform into the advising young adults.

Scientists who conducted a study at the University of Illinois concluded that toddlers aged between 19 and 21 months understand the concept of fairness and can apply it in different situations. Psychologist Stephanie Sloane, who led the study said ‘We think children are born with a skeleton of general expectations about fairness and these principles and concepts get shaped in different ways depending on the culture and the environment they’re brought up in.”

Like most parents, when my children were young, I was in my twenties and thirties and bogged down by the responsibilities of parenting and career building. Up to my ears in this challenging task (there were no parenting sites then), I was hardly inclined to listen to criticisms from my children, especially in later years, when they came coated with typical teen sarcasm.

“Hey mom, what you just said about Mrs. XYZ, isn’t that gossiping?”

“Will you stop comparing me to her (sister)? I’m different.”

“So what if he has a tattoo? You said we should not judge by outward appearances.”

All three of the above criticisms suggested that I needed to change myself in some way. Yes, they came from teenagers who didn’t have as much life experience as I did, but that didn’t make them any less right.

Looking back, I know the changes made from my side were very gradual, more of a slow trial and error kind of process.

The responses a thirty-year-old me would have given (how dare this 13-year-old tell me how to behave?) were very different from the responses given by a forty-year-old me. The fifty plus me is still hardly an expert, but then I’m told there are no experts out there in the parenting world.

Parenting has been rather like climbing up a rocky mountain and then sliding back down because there were too many pebbles under my feet. The only way you can succeed is to start climbing again, this time with better shoes. I confess I have been reflecting on a ton of ‘what ifs” and “could I have done this differently?”

Here are 6 very important lessons I learned along the way about taking criticism from my children gracefully. All children imitate adult actions – we all know that. But once they are past the crawling stage and start talking, they become critics, too, and the first person they practice on is you.

The less dependent they become on you, the more independent their actions and thoughts and more the criticisms.

Be prepared for the teen years – from ‘mom you’re my angel’ you can easily get demoted to ‘mom you’re so annoying.’ At this point, you know for sure they’re thinking that word that’s the opposite of ‘Angel.’

The boat somehow stayed afloat, now that we both had the same kind of oars.

I recognized the need to stop feeling offended every time my children aimed a criticism at me. In my climb (up that mountain), I needed to let go of my ego.

Sometimes, in typical teen fashion, the criticism may not be given very tactfully; may even be downright rude.

But once you’re done ticking them off for the rudeness, look beyond it and weigh their words, even if it means hearing attentively to what comes “out of the mouth of babes.” You’ll find some home truths there that hit you where it resonates most.

Teach Them to be Constructive

Always differentiate between constructive criticism and offensive belittling. If it’s the latter, correct it immediately and firmly, making it known that you will not tolerate disrespect.

If your child says “You look horrible in that dress,” or “Gosh you’re so fat,” you need to let her/him know that is body shaming, NOT a constructive criticism or well-meaning advice. But if your child says, “I think the blue one will look better on you mom,” listen up and wear the blue one.

However, you certainly don’t have to take the criticism if you don’t agree with it, even if your teen is a fashion expert (aren’t they all?)

“Mom, I think that outfit doesn’t suit you.”

“Well, I’m sorry you think so, but I think it looks rather great on me.” Heck, we are not totally lacking in fashion sense, are we?

Is there a pattern to the criticism? Is it always constructive or is it sometimes destructive? If it’s the latter, you need to look into the serious possibility that your own criticism of your child may be on the harsher side.

Here’s where practicing what you preach becomes a reality. If we want to teach our children the difference between right and wrong, we as parents have to be willing to walk the walk. You do not want your children to see you as a less than honest person – with two different sets of moral codes – one for them and one for you.

Dr. Sears says “Initially a child believes behaviors are right or wrong because you tell her so, or she considers the consequences. By five years of age, your child begins to internalize your values: what’s right for you becomes right for her. Your values, virtuous or not, become part of your child.”

Remember, you are the parent. Do not allow them to make a habit of criticizing you, and never in public. Just because you’ve admitted that they are right a couple of times (okay, a few times), does not allow them equal authority. They are still responsible for their chores and they still have to adhere to bedtime.

This is tricky as they mature and seek out more autonomy. As your child is growing up physically and intellectually, the equation between you is also changing, but they still need you to be the one in charge.

From child to teen to young adult – the relationship alters until it gets to be more on an equal footing. Mutual respect is the key to balancing this equation.

For our quick contemplation questions today:

Consistently develop the habit of listening more to your children. Be patient with them and with yourself as you try to make the necessary changes.

If need be, wear a wristband to remind yourself you need to break a bad habit. Psychologists call this the ‘Goal Band’ and it really does work. For example, wear a band to remind yourself of an immediate goal – for example, to stop criticizing your children’s friends. Instead, find something nice to say about them or invite them over to the house.

Work on stopping your ego from getting in the way of communicating with your children. Be proud of the fact that your child can differentiate between right and wrong. Over time, your children will not only love you for respecting their opinions, but will also reciprocate by coming to you with their own problems.

As your children continue to grow, love will always be the glue that strengthens this parent-child bond. Keep abreast of changing parenting trends and work on stabilizing the dynamics of this beautiful relationship.

At the end of the day, remember you’re human and can never attain perfection. When you slip, put on those walking shoes, start climbing again and all will be well. 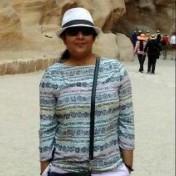 Shaly Pereira has a Master’s degree in Social Work and is a freelance writer, blogger and passionate traveler based in Oman. She has been published on Oman Today, SacParent, Fiftiness, Afineparent.com, Parentco, Epicure & Culture, My Itchy Travel Feet, Sonderers Travel Magazine and in an Anthology titled ‘In Celebration of Sisters,’ up for sale on Amazon. She blogs about parenting, social issues and travel destinations at TravelToes85.Wordpress.com.